The Walking Dead Season 2 (Telltale Game) - All that remains review

Finally, the good The Walking Dead gets its much anticipated additional installement! After season 1, which I reviewed here, the first episode of season two is now out. For those of you unfamiliar with the titles, Telltale Games produces these in the unusual series format, releasing the "episodes" one by one. Each episode plays about two to three hours, for a total price of around 25€, which is pretty fair. The gameplay is almost non-existent apart from walking around, clicking stuff and hitting buttons very fast when the game tells you to, amounting to a largely story and character driven game. It worked well in season one, presenting plot choices that actually felt meaningful, delivering good voice acting on engaging character interactions. The question is - does Telltale manage to pull the same stunt twice? 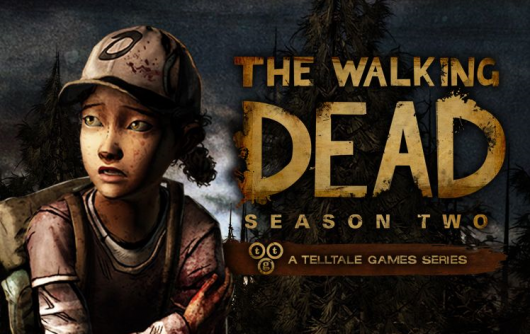 The question gets some added relevance for the huge swath of "Game of Thrones" fans out there since Telltale just reserved the rights for GOT-games based on the same principle. Let's get it out of the way: this is good news, because "All that remains", the first episode of the second season, gets off on a really strong start. We're back with Clementine, who joined up with Christa and her boyfriend after Lee was killed and is now roaming the countryside. I don't want to spoil much, but it's safe to unveil that they won't stay a happy group for long.

In contrast to season one, you control Clementine yourself, which is a major change - not in the mechanics, but in the whole feeling. In season one, Clementine was a very well working device to keep you engaged and give you something to protect and care for, without all the usual escorting crap many games put you through. Now, we control the little girl herself. Lee, the protagonist of season one, was a strong man, capable of clubbing zombies to death. Clementine is very much not. Her small frame presents problems on end (reaching shelves is just the most prosaic), and every time you run into adults, the dangers they pose are an entirely different beast than for Lee, who basically had to decide whether to talk, hide or fight. Clementine lacks one important action (fight) and isn't really taken serious as a conversation partner.

Worse, the story does something that is really, really mean towards us as players: it takes a usual clichee of zombie storytelling and turns it on its head. You know, how many times have you yelled at the TV at characters doing something stupid instead of the "smart" but kind of heartless thing? "All that remains" puts you on the receiving end of such smart decisions.

At one point, Clementine's bitten by a dog and then found, already severely weakened, by some benign strangers - who totally freak out when they discover the bite, suspecting it to be a zombie bite and refusing to tend it because if it's a zombie bite, it would waste good and scarce medical supplies. It makes sense for them, and it really hurts. Perhaps we will think about it when we demand such "reasonable" action from out TV characters the next time around.

Generally, as in season one, the game does a really decent job at involving us at an emotional level. The characters are very relatable and engaging, helped along by the great visuals (the distinct style places much emphasis on the facial expressions), and two minutes in, I care more about them than about the cast of the TV show after three-and-a-half seasons. This is saying something. I mean, I don't really know Omid, for example, because he only turns up at the end of season one and doesn't exactly stay around for long, but in those few scenes we have with him he comes away stronger than Dale in two whole TV seasons.

So, if you haven't already, invest your dime in the Telltale Game. It's worth every penny and every second. I also recommend to get the first season before, so you can understand the story. The developes claim that your choices back then matter, but so far I couldn't validate that. Perhaps they will in future episodes, but not yet.

Email ThisBlogThis!Share to TwitterShare to FacebookShare to Pinterest
Labels: The Walking Dead